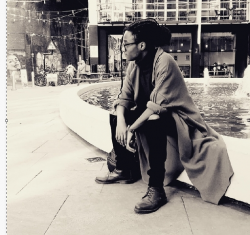 Ben Allen
Ben is a certified Pokémon pro who has played from a early days on the GBC right up to the modern outings on the switch. When he isn't training his Pokémon party, he's usually taking on harder games like anything FromSoft makes, or playing a vast, open-world RPG.

At this point in the Pokemon franchise’s history, Terrain-based moves have proven to be a boon. These actions can completely change the direction of a battle, allowing you to make a comeback if you play your cards right. Furthermore, when they are paired with certain powerful Pokemon, you can practically dominate the opposition.

My Bottom Line Up Front:

Electric Terrain is a useful Terrain-based move that lasts five turns and boosts the power of all Electric-type moves whilst it is active. This type of terrain can also be summoned by using the attack, G-Max Lightning. In the competitive sphere, Electric Terrain allows you to constantly apply pressure on your opponent, netting you the advantage.

General Info & Changes Throughout The Generations

Introduced in Generation VI, Electric Terrain is a Status move that envelops the entire arena in crackling electricity. This electrifying technique boosts the power of any Electric-type moves and prevents the Sleep Status Condition. This move also lasts five turns and replaces any Terrain-based move previously active during the battle.

This move doesn’t make physical contact with the opponent and is unaffected by all of the following attacks and items:

Electric Terrain doesn’t really have much of an effect on Status Conditions aside from Sleep. This prevents the use of many moves:

Any other ways of falling asleep are also prevented whilst Electric Terrain is active:

Changes Throughout the Generations

Considering that this was the Generation that this move got introduced in, this iteration of Electric Terrain is really quite powerful. It honestly might have been the most potent Terrain-based move in terms of raw damage potential, thanks to its boost to all Electric-type actions.

In Generation VII, Electric Terrain also received more benefits, such as being linked to specific abilities like Electric Surge and Surge Surfer.

In our current generation of Pokemon, Electric Terrain has become a bit more balanced than its original version. Despite this, though, this move is still advantageous.

Pokemon that Can Learn Electric Terrain

Learned Via Levelling Up (Generation VI)

Learned Via Levelling Up (Generation VII-VIII)

Like its fellow Terrain-based moves, Electric Terrain is no stranger to the competitive scene since it is used almost exclusively in OU Double Battles. I can definitely say that Electric Terrain is helpful for either early-game or late-game sweeps with Electric Surge Tapu Koko & Unburden Hawlucha.

Tapu Koko is a legendary Pokemon that is tied to Electric Terrain through its ability, Electric Surge. It already has naturally high Special Attack & Speed stats, so it’s a good idea to play into them. Its Timid Nature boosts Tapu Koko’s speed even further, allowing it to outspeed a vast number of Pokemon.

This particular set revolves around this Pokemon applying pressure and pivoting in & of battle using Volt Switch. But thanks in part to its Held Item, Tapu Koko can also sweep during late-game since its Thunderbolt attack will be boosted from Electric Terrain as well.

This Legendary is an absolute menace and can easily knock out opposing Pokemon before they even have a chance to move. It’s no wonder this Pokemon is such a popular choice in OU among other competitive tiers.

Hawlucha is simply terrifying to face under the effect of any Terrain-based move, especially in Electric Terrain. This set revolves around Hawlucha using its Held Item ASAP and then going about knocking out the weakened opponent’s Pokemon.

To do this effectively, it gains access to the Unburden ability, which will automatically make Hawlucha the fastest Pokemon on the field. On top of this, the Electric Seed will also activate, boosting Hawlucha’s Special Defense by one stage, making it much more durable.

It’s most potent move; Acrobatics gets an attack boost if the holder isn’t holding an item, which will devastate most Pokemon, but if not, another Swords Dance boost will definitely do the trick.

Question: Does Electric Terrain Boost the Power of All Electric-type Moves Even if the Pokemon Using them isn’t an Electric-type?

Answer: Electric Terrain boosts the power of all Electric-type moves, regardless of the user’s typing.

Question: Does Electric Terrain Affect All Pokemon Regardless of where they are on the Field?

Answer: This move affects every Pokemon standing on the battlefield. However, if they are flying or floating, Electric Terrain takes no effect.

Answer: I’d say it depends on your team and strategy. Misty Terrain is more valuable as a defensive option, but if you’re looking to hit hard and apply a lot of pressure on your opponent, Electric Terrain is the way to go.