Pokemon Go is the fastest-growing mobile game. Ever since its release in 2016, more people have been signing up to catch Pokemon all over the world. There’s a reason why Pokemon Go is so popular. It gives Pokemon fans the chance to be Pokemon trainer, walking about their local town and catching Pokemon.

But the game can be confusing if this is your first time playing. For some, Pokemon Go is simply about finding cool Pokemon and catching them. But others compete in the game to become the best trainer. How do you find Pokemon? How do you catch them? Can you battle other trainers and gain badges? We’ll answer these questions and more with this Pokemon GO Game guide.

How to Catch Pokemon

Catching Pokemon isn’t the only way to get hold of some seriously awesome Pokemon. You can trade Pokemon, hatch eggs, and you can get Pokemon as a reward (when you win a league or a raid, as an example).

How to Catch Rare Pokemon

The only way to become a Pokemon Master is by catching the best and rarest Pokemon, right? Sure, you can find Squirtles and Oddishes everywhere, but Mew is very hard to come by. So, how do you catch these rare Pokemon?

A curveball is a technique where you spin the Poke Ball when catching a Pokemon. There’s a chance the Pokemon can break out of your ball when you catch it. The curveball increases the odds that the Pokemon will stay in the ball. The spinning motion better secures the Pokemon in the ball, making it difficult for them to break out.

You’ll also get more XP and the multipliers for curveballs are very impressive, giving you more benefits as a trainer. To do a curveball, don’t throw the ball straight at the Pokemon. With your finger, spin the ball until it starts to sparkle and vibrates. Once the ball vibrates, flick your finger in the direction of the Pokemon.

While the technique matters, you’ll also want to pay attention to the ball you use. The traditional Poke Ball isn’t powerful enough to catch rare Pokemon. You’ll want to use the Great or Ultra Ball to maximize your odds of catching the Pokemon.

If you can’t nail the curveball, give the Pokemon to Razz Berry. A Razz Berry is a type of Berry that Pokemon love. When you give one to wild Pokemon, they’re more likely to be caught because they’re too busy munching on the Razz Berry!

If you’re completely new to Pokemon, it’s important that you know the basic Pokemon types. These include:

All of these types have battle advantages. Here are the advantages that each type has.

Knowing the different types of advantages will help you be wiser when battling. You can easily find other Pokemon’s weaknesses to increase your odds of winning. Keep in mind, some Pokemon have two types, so it’s best to identify them.

Moves are actions inflicted on other Pokemon that result in damage. Every Pokemon has its own unique moveset. Going back to type, every move corresponds with a specific type of Pokemon.

For example, Karate Chop is a move that’s used by Fighting-type Pokemon. Every Pokemon also has standard-type moves. Pound is a common example you’ll see from just about any Pokemon. In addition, every Pokemon learns new moves as they level up and evolve. The stronger the Pokemon, the stronger their moves become.

What Happens When the App Stops Working?

While Pokemon Go is a great game, it’s one that suffers from technical difficulties. Sometimes the app is completely unresponsive. Other times, it may suffer from serious server issues. There are a couple of troubleshooting tips to get the app working again. First, tap the Pokeball icon. This will open the menu, but it will reset the game. If this doesn’t do anything, restart the game.

If the app is being slow, something I do is turn off the WiFi. Unless you get charged for your data, you can ensure that using phone data will keep the app running smoothly.

Need more tips? Here are a few good ones that will help you become the Pokemon Master!

XP stands for “Experience Points.” The more XP you have, the more advanced of a trainer you’ll become. You’ll be able to access more gyms, Great and Ultra balls, more berries, better Pokemon, and you may be able to meet more trainers and train your Pokemon.

Here are easy ways to build your XP:

Traveling around and catching Pokemon is one of the best parts of the game. However, you should get ahold of some eggs and hatch them. Hatching eggs will get you some candies, which can help you level up your Pokemon quicker. You’ll also gain some serious XP.

You can find eggs at a variety of Poke Shops. To hatch them, put them in an incubator and walk around. When they hatch depends on the distance you walk. Some Pokemon hatch as quickly as 2 km (a little over a mile) while some take as long as 10 km (over six miles) to hatch.

You can also find 3x incubators that hatch eggs much faster than your traditional incubator. Use these incubators for the 10 km eggs.

Don’t Need a Pokemon? Transfer It

Let’s say you get an egg, hatch it, and it’s a Pokemon you already have. What do you do? You can transfer it to the teacher. The teacher will reward you with candies. Transferring the Pokemon is easy. Simply click the Pokemon you want to transfer, click the three lines icon, tap Transfer, and then tap Yes to confirm.

Know How Your Pokemon Will Evolve

If you’re a Pokemon dork all the way back to the first generation (*slowly raises hand*) then you likely already know how Pokemon evolves. But if you’re new to Pokemon, you may not know which Pokemon evolves into the best, strongest form.

If this is the case, check your Pokedex to see the evolution for each Pokemon. This way, you’ll ensure you’re giving your candy to the best Pokemon.

Take Advantage of the Poke Stop

The Poke Stop is a great place to buy supplies and other needs. But after you visit once, the Poke Stop disappears. Did you know it only takes a few minutes for it to reappear?

If you’re visiting a place quickly, such as making a quick stop at a gas station and finding a Poke Stop while there, then waiting isn’t worth it. But if you’re at a restaurant and notice a Poke Stop, it’s worth it to check back every few minutes to see if the Poke Stop reappears.

Many people like AR Mode because it shows Pokemon in real-life settings. Unfortunately, it drains your battery. Turn off AR Mode and see the Pokemon appear in the normal Pokemon world. This way, you can play for longer.

Be Smart About Battles

While battling with other trainers can make your Pokemon stronger and earn you some serious XP, all of your efforts will be wasted if the other trainer has stronger Pokemon. Be smart about the trainers you battle.

If your Pokemon is strong and in full health, then go ahead and battle. But if you’re new and are still training your Pokemon, then be selective about battles.

However, this doesn’t apply to gyms.

When you defeat a gym leader, you take over the gym. You collect coins over time and can leave a Pokemon there to battle. However, you should only focus on gyms that other trainers fight. This is the best way to earn as many coins as you can. In addition, you should leave your strongest Pokemon at the gym to ensure you’ll always win battles.

Question: How Do I Start Playing Pokemon Go?

Answer: Start by downloading the app. It’s available for Apple and Android. Next, you’ll have to create an account. If you have a Google account, just sign in using your account information. You also have the option of signing up for a Pokemon Trainer Club account, which comes with benefits such as download codes.

Question: Can I Customize my Trainer?

Answer: Yes, you can. You can name your trainer, choose their gender, and alter their appearances such as choosing their hair and skin color.

Question: Can I Customize my Pokemon?

Answer: You can give them a nickname, but that’s it. You can always edit your Pokemon’s name in the Pokemon section of the menu.

Question: Do I Get a Starter Pokemon?

Answer: If you ever played the first-gen Pokemon Gameboy games, you know you always get the starter Pokemon. Is it the same with Pokemon Go? Yes, but it’s a little different.
Professor Willow (who’s pretty much the same as Professor Oak) will teach you how to catch Pokemon and will direct you to a map where Charmander, Bulbasaur, and Squirtle are. You can choose any of these three to catch them. There’s also a way to choose Pikachu. Simply walk farther from the three Pokemon until you come across Pikachu.

Question: How Many Pokemon Generations Are There in the Game?

Answer: As of writing, the first three generations are available on the game. This means there are 350 Pokemon that you can catch.

Question: Can I Battle With My Friends?

Answer: Yes, you can! These are called Rapid Battles and they’re timed battles you can have with your friends. However, you can’t battle your friends’ Pokemon. This is more a multiplayer feature where you can battle strong Pokemon at gyms.

Question: How Do You Trade Pokemon?

Pokemon Go is one of the most popular games right now, but there are some aspects of the game that can be confusing for players. For example, catching Pokemon can be pretty difficult if you’re a beginner. Other details, such as the different types of Poke Balls, you’ll learn as you keep playing.

There are also many techniques that you’ll learn along the way to become a better Pokemon trainer. We hope you can use this guide to catch the best Pokemon, train them well, and become a Pokemon Master. 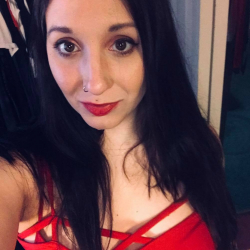 Stephanie Jensen
When Stephanie was young, Pokemon was life. Her face was always in her Gameboy, playing Pokemon Red and Blue over and over again. She could practically quote every episode from Indigo League and Pokemon The First Movie. Now that Stephanie is older, she still believes First Gen is the only Gen.