Dogs have always been a part of human life. Dogs are loyal, friendly and can be our best friends. Knowing that, it is evident that dogs would get some Pokémon inspired by them. Either a Fire-type, a Fairy-type, or a Rock-type, these Pokémon act precisely like a dog: they will be with you and defend you when you need it.

There are many of them because humans pretty much love dogs; you can even build a whole team with them! Let’s check them out! This list will be in the same order as the national pokédex, and we are going to show you where you can find them in every game.

We have to say that, even though they have “Legendary Dogs” as their name, Entei, Raikou and Suicune are based on a lion, a tiger, and a leopard, respectively. We are also only adding Pokémon based on dogs, which means that foxes like Vulpix, Nickit, and Zorua and hyenas like Poochyena didn’t make it into the list; we will merely talk only about Pokémon inspired by dogs.

Growlithe, the puppy Pokémon, and Arcanine, the legendary Pokémon, are Fire-type Pokémon introduced in Gen 1. Growlithe can evolve into Arcanine after getting exposed to a Fire Stone. Growlithe and Arcanine are based on the Shisa, some dog-like creatures from the Japanese culture that protected the places from evilness. These two are a combination of a dog and a lion; that’s why Arcanine also looks feline.

Arcanine is pretty essential in the Anime series since it is considered a legendary Pokémon. In the same way, Growlithe is one of the Pokémon with the most appearances in the anime series and multimedia in general, primarily because of its nice look.

Snubbull and Granbull, the Fairy Pokémon, are Fairy-type Pokémon introduced in Gen 2. These two Pokémon are based on bulldogs, but mostly looking at the soft part of them since they are lovely with their owners, caring and protecting them. 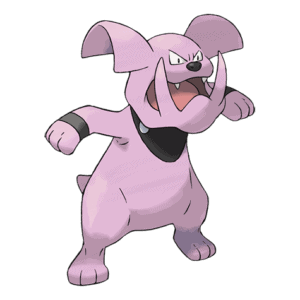 You can find Snubbull and Granbull in the following places:

Houndour and Houndoom, the Dark Pokémon, are a Dark/Fire-type Pokémon introduced in Gen 2. These two Pokémon are based on the hellhounds, like Cerberus. That explains the skully ornament on their bodies. Both Houndour and Houndoom can be found in rough terrains.

You can find Houndour and Houndoom in the following places:

Smeargle, the paint Pokémon, is a Normal-type Pokémon introduced in Gen 2. This Pokémon is pretty known for its move, Sketch, which can copy any move, which means that you can move in the game. Smeargle is rather unique since it is hard to obtain. It doesn’t have evolutions.

Smeargle is based on a beagle but with a great twist since it uses its tail as a brush to paint things and express itself. Smeargle’s name comes from the combination of Smear and Beagle.

You can find Smeargle in the following places:

Electrike, the lightning Pokémon and Manectric, the discharge Pokémon, are Electric-type Pokémon introduced in Gen 3.

Electrike is like a puppy, but with a special difference, because it can use an electric charge to run fast enough to not be seen by the human eye. On the other hand, Manectric does electric discharges to create grey clouds that it uses in battle. They mostly live in savannas.

You can find Electrike and Manectric in the following places:

Riolu, the Emanation Pokémon, and Lucario, the Aura Pokémon, are Fighting and Fighting/Steel-type (respectively) Pokémon introduced in Gen 4. People thought for a long time that Lucario was a legendary Pokémon after it was the protagonist of Pokémon’s eighth movie, “Lucario and the Mystery of Mew.”

Both Lucario and Riolu seem to be based on the jackals, mainly on the Egyptian god Anubis. Lucario’s face looks like it is carrying a mask, and it also looks like a fighter, which lets us think about Lucario also being based on a boxer.

Riolu can evolve into Lucario by leveling up after getting a high friendship with their trainer. Riolu’s name is Lucario, but the last and the first syllables were switched while the ca is ignored. In contrast, Lucario’s name comes from an anagram of oraculi, which means oracle in Latin.

You can find Riolu and Lucario in the following places:

Lillipup, the puppy Pokémon, Herdier, the Loyal Dog Pokémon and Stoutland, the Big-Hearted Pokémon, are Normal-type Pokémon introduced in Gen 5. These are probably the most Dog-based Pokémon in the whole game, and this can be reinforced by the fact that their attitudes resemble the dogs.

Lillipup is courageous and intelligent, and it doesn’t fight a battle that it knows it can’t win. Herdier is pretty loyal and feels like it is the right-hand Pokémon of its trainer since it helps other Pokémon get stronger. Stoutland will always care for its trainer and adapt to its trainer’s places only to not leave it alone.

You can find Lillipup and its evolutions in the following places:

Furfrou, the Poodle Pokémon, is a Normal-type Pokémon introduced in Gen 6.

As its description says, Furfrou is based on a Poodle, but it also looks like an Afghan Hound. It is known for having several haircut styles. In the aristocratic era, Furfrou’s owners constantly did contests of who did the stylish trim to its Furfrou. This Pokémon was used to protect the kings of Kalos when they existed.

Also, Furfrou can’t evolve. Furfrou’s name comes from the combination of Fur and the term Frou-Frou, which refers to something fancy or styled.

You can find Furfrou in the following places:

Rockruff, the puppy Pokémon, and Lycanroc, the wolf Pokémon are Rock-type Pokémon introduced in Gen 7. Rockruff is pretty famous for being in the ownership of both Ash and Professor Kukui. This Pokémon can evolve into Lycanroc at level 25, and it will take a form depending on when it got leveled up.

You can find Rockruff and Lycanroc in the following places:

Yamper, the puppy Pokémon, and Boltund, the dog Pokémon, are Electric-type Pokémon introduced in Gen 8. Yamper can be seen as the opposite of Electrike since it is pretty impulsive; it likes to chase after anything; this happens because it can’t store energy, so it has to free it in this way, you can see sparks when it is running.

You can find Yamper and Boltund in the following places:

Zacian and Zamacenta, the warrior Pokémon, are a Fairy and Fighting-type (respectively) Pokémon introduced in Gen 8. These are the legendary Pokémon of Sword and Shield.

King Arthur and Knights of the round table were the ones in charge of protecting the British Kingdom, and Zacian and Zamacenta were protecting Galar. If Zacian is wearing the rusted sword, it changes into its crowned sword form and gets the Fairy/Steel type, while Zamacenta, if wearing the rusted shield, transforms into its crowned shield form and gets the Fighting/Steel type.

Zacian and Zamacenta can be found in the following place:

Gen 8: Zacian can be found only in Sword and Zamacenta only in Shield, only one, in the Tower Summit.

Question: Which was the first Pokémon dog?

Answer: The first-ever Pokémon inspired by dogs was Growlithe and its evolution, Arcanine. These two are based on the Shisa, ancient dogs that protected the villages from evilness.

Question: Which is the most famous Pokémon dog?

Answer: We have plenty of options here; Zacian and Zamacenta are the signature Pokémon of Sword and Shield or Arcanine, which was considered a legendary Pokémon back in Gen 1, but Lucario is probably the most famous. It has a lot of appearances in multimedia and is pretty loved by the Pokémon Company.

Question: Which is the strongest Pokémon dog?

Answer: It is clear that Zacian and Zamacenta, the legendary dogs, are the strongest ones. Both have 720 base stat points in their crowned form and have a big move pool to choose from. Countless strategies can be built with them.

There are many Pokémon inspired by dogs, most of them being relevant in the games or in the anime, other ones being constantly used in multimedia, like spin-off games and cards.

It is surprising how much the Pokémon designers can do only with the inspiration of a dog. Go and catch them; you can get an excellent doggy collection! And, you can be happy for those dog lovers since they got the best treatment, with great ideas and concepts.

Jesus Cruz, Lifelong Pokémon Fan
It all started in 2010 when Jesus was 10 years old. His dad gifted him a Nintendo DS and let him choose a game for it. A weird, enormous, and grey serpent caught my attention on the box art for Pokémon Platinum, and since that moment he's been hooked! He can only thank his 10 years old self for choosing the game that he loves the most in the series