Need a solid Electric-type to use for raids? Or just trying to complete your collection of Unova Legendaries? Look no further than this Thundurus Pokemon Go guide for all you need to know about the blue genie, how to battle it, catch it, and make the most of it in your teams.

Thundurus is one of those Pokemon that I’ll always have a soft spot for, just because of my own bias towards Electric-type Pokemon. They’re cool, flashy, fast, and normally focused on hyper-aggressive playstyles. It’s what I’m all about, and Thundurus is no different in this case.

While it’s a fun option for most offensive needs for competitive play in the mainline games, it’s obscured by its siblings for several reasons. But Thundurus truly shines in Pokemon GO, where it dominates the meta as one of the best Electric-types in the game.

In Pokemon GO, Thundurus makes its appearance under two special forms: Incarnate Form, and Therian Form. Both are only going to be encountered in Raids and Special Research packages due to its status as a Legendary Pokemon.

The most drastic differences between the two are really in its appearance and its stats. When in Therian form, Thundurus trades off some a bit of its bulk for a huge Attack boost. With the addition of Ultra Beasts in GO, Therian Thundurus holds the second highest Attack stat of all available Electric-types.

But even when using the standard Incarnate form, Thundurus is still an incredibly solid option to run for any raids against Flying and Water-type Pokemon. The only real drawback with this Pokemon is its available moves for either form.

It can excel in using some of the strongest Electric moves in the game with some niche Dark-type coverage, but it is sorely lacking in the Flying department. If this isn’t an issue for trainers, Thundurus is an absolute monster for raids on anything weak to Electric-types.

Thundurus is a legendary Pokemon hailing from Generation 5’s Pokemon Black and White versions. It’s a member of the Forces of Nature, a group of legendary Pokemon which have the power to affect the climate and weather of the areas they inhabit.

Thundurus specifically has the power to create intense thunderstorms, where it may rampage through any fields or forests as it pleases. As a result, this Pokemon is regarded as a fierce, malicious deity in the world of Pokemon for the forest fires and general chaos it can bring. Legend also has it that Thundurus can enrich the soil below by firing off lightning bolts from its tail.

As a counterpart to Tornadus, this blue genie is kept in check by Landorus, a more commanding figure to the Forces of Nature. Should Tornadus and Thundurus ever clash, Landorus takes the role of stopping the pair as soon as possible and repairing any damage they might have caused. Fans of Generation 3 can compare this to how Rayquaza keeps Kyogre and Groudon in check over in the Hoenn games.

Like the other Forces of Nature, Thundurus can take one of two forms when certain conditions are met. If you have it interact with the Reveal Glass item in the mainline games, Thundurus can swap between its genie-like Incarnate Form and a Therian form resembling a more draconic beast.

Incarnate Form is pretty good all around, especially for a legendary Pokemon. With 266 Attack, it’s able to stand proud alongside other legendary Pokemon like Zekrom and Zapdos. Overall it’s a great offensive option for anyone who needs a good Electric-type Pokemon.

However, this form is nothing compared to the god-tier Therian Form of Thundurus. The preferred moves to run on Incarnate are Thunder Shock and Thunder, as they maintain the highest available DPS while benefitting from STAB bonuses.

The stats for Thundurus in both forms are decent at best, with only slight differences regarding Attack and Defense. When directly compared, Incarnate Thundurus maintains a slightly bulkier defense, which can help it survive just a bit longer in battles for both PvP and PvE.

But Therian Form allows it to trade off just 3 points of that Defense in exchange for a 295 Attack, which is insane! Before the Ultra Beasts arrived in GO, Therian Thundurus held the highest attack stat of all Electric-type Pokemon.

Even when Xurkitree made its debut, Therian was only bumped down to the second highest spot. To top it all off, it trades off Thunder Shock and Astonish as quick moves for Bite and Volt Switch. Both of these moves are essentially big upgrades from Incarnate as they can dish more damage at a much faster rate.

For such a small price to pay, running Therian Form over Incarnate is a no-brainer for that massive Attack increase and the overall better choice of moves. If you need something to dish out disgusting Electric damage for any raid or battle, Therian Thundurus will get it done.

For recommended move sets, I like to run Thunderbolt and Volt Switch for optimal DPS in raids, but you can also swap out Volt Switch for Bite if you happen to need coverage against Psychic or Ghost-types.

Players have a chance to find Thundurus in wild encounters through field research progression. Thundurus also periodically appears in raids at a 5-Star difficulty level. This means that anyone who plans to take it on will have to bring at least 4-5 players to have a shot at clearing the raid.

That said, our options regarding potential counters to Thundurus are pretty simple. Since it has an Electric/Flying type, Rock and Ice-types are hands-down going to be your best friends. Certain Ground-types will also be amazing options here, as they can guarantee heavy resistance against Thundurus’ Electric attacks.

Rhyperior – This is another amazing option for running a Rock-type against Thundurus. While Rhyperior won’t have as much Attack as Rampardos or Galar Darmanitan, Rhyperior makes up for it with bulk and stamina. Its Defense is 190 and its stamina is 251, meaning it can last way longer at a given time than other options. The two best moves to run here are Smack Down and Rock Wrecker.

Question: Can you change Thundurus’ form in Pokemon GO?

Question: Can I transfer Thundurus from Pokemon Go to the mainline games?

Answer: Yep! You can transfer Thundurus to Pokemon Home and then send it off to Pokemon Sword and Shield. It was added to the game’s Pokedex for free when the Crown Tundra DLC was launched.

Question: Can I guarantee a Thundurus encounter in my field research?

Answer: No. There’s no way to guarantee what you’ll find when you complete field research, unfortunately. Encountering Thundurus, like many other rare or legendary Pokemon, is purely a matter of chance.

Question: Is Thundurus worth going for?

Answer: Yes, especially if you can find it in Therian form. As a dedicated Electric attacker, Thundurus will wreck anything weak to Electricity, such as Kyogre, Lugia, Mega Blastoise, Charizard Y, and Mega Gyarados. There’s no reason not to go for it.

All in all, Thundurus is incredibly solid for Electric-type focused offense, especially if you can get a hold of its Therian form. Compared to its middling status in the mainline games’ competitive scene where it lives in the shadow of Landorus, this Pokemon can absolutely dominate under the right conditions.

If anyone is having trouble dealing with tougher raids like Kyogre, Mega Blastoise, Lugia, or anything susceptible to a few shocks, I deeply recommend taking the chance to catch and power up Thundurus.

I’ve always had a soft spot for Electric-types in Pokemon, purely for the aesthetic and coolness factor of wielding thunder and lightning in battle. Thundurus is no exception here, no matter which form you might find or prefer. Even if you aren’t hurting for an Electric-type for raiding, it’s still just a super cool addition to any team as one of the cooler legendary Pokemon to come from Generation 5. 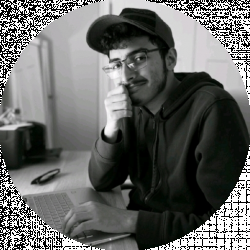